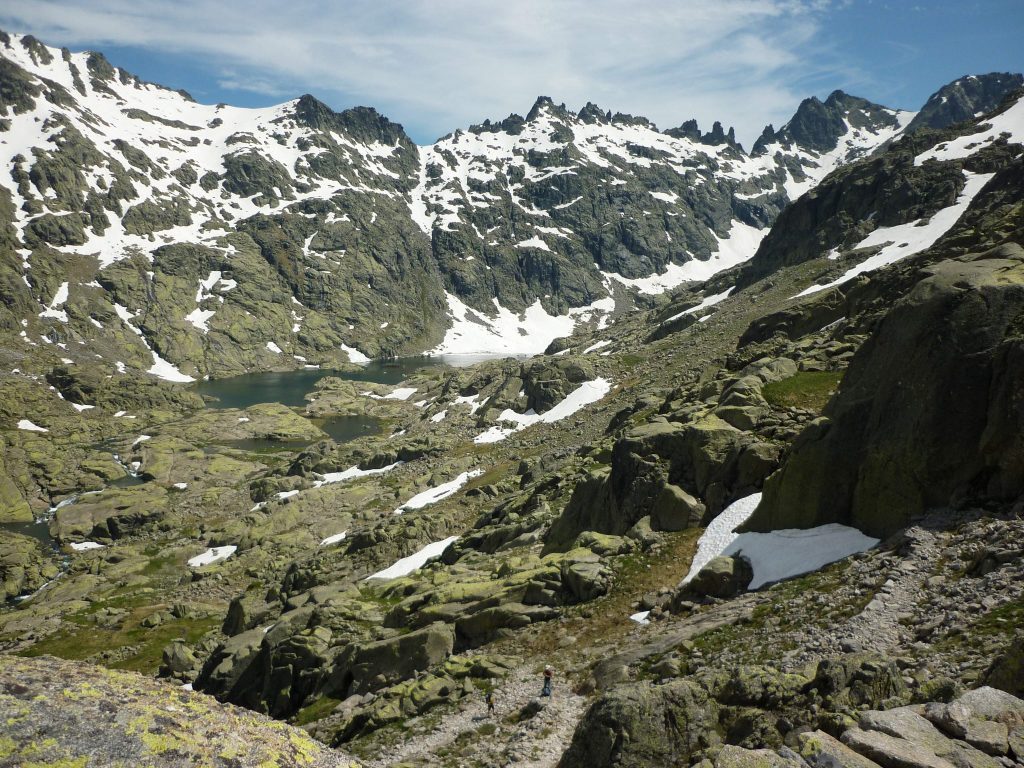 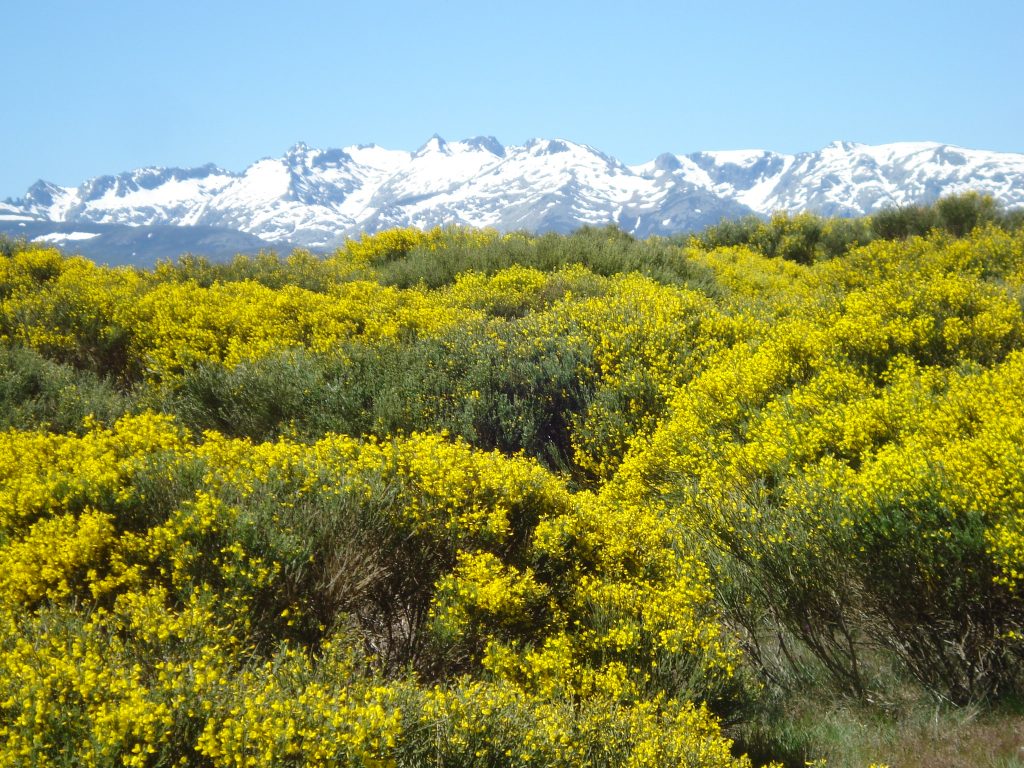 It was the largest glacier in the entire sierra. It begins at the foot of Pico Almanzor (2,592 m) in Hoya Antón, much further south than the rest of the circuses and ends below the Prado de Roncesvalles at 1,450 m, after a journey of 8 km.

The feeding of this glacier was carried out in three different cirques: the Recuenco del Almanzor, the Hoya del Gargantón and the Hoya de Cabeza Nevada, located one after the other from south to north and with ENE, NNE and NE orientations, respectively.

The recuenco del Almanzor includes the commonly called Circo de Gredos and the Hoya Antón which is the true bottom of the circus. It is located at an altitude of 2,000 m and surrounded by the highest elevations in the mountains: Casquerazo, Cuchillar de la Navajas, Peña del Esbirladero, Cuchillar de los Ballesteros, Ameal de Pablo,… all of them exceed 2,400 m. In the Circo de Gredos is located the Laguna Grande de Gredos, whose existence is explained by the glacial overexcavation. In the Circus you can see a very clear and well developed shoulder pad that allows you to delimit the maximum thickness reached by the ice, which would exceed 350 m.

The accumulation zone had to end in a cascade of seracs produced when the ice crossed the threshold of separation between the circus and the tongue. Then there would be the contribution of abundant ice from the Gargantón, the second accumulation basin of this glacier, located between the Ameal de Pablo and the Cuchillar del Gütre; their contributions were important since it is estimated that the thickness of the ice was 200 to 250 m.

View of the mouth of the thaw on the Laguna Grande del circo. Next to the lagoon the Elola refuge.

The basin of Cabeza Nevada, attached to the peak of this name, the last tributary cirque of the Gredos glacier. It is a small device, short and without shoulder pads; from its confluence with the main glacier, the valley gradually narrows until its end.

Morenic deposits appear on the flanks of the trough valley excavated by the tongue; on the right flank they appear earlier, up the gorge, due to the lack of glacial tributaries on said flank.

You can find out more about which cookies we are using or switch them off in settings.

This website uses cookies so that we can provide you with the best user experience possible. Cookie information is stored in your browser and performs functions such as recognising you when you return to our website and helping our team to understand which sections of the website you find most interesting and useful.

Strictly Necessary Cookie should be enabled at all times so that we can save your preferences for cookie settings.

If you disable this cookie, we will not be able to save your preferences. This means that every time you visit this website you will need to enable or disable cookies again.

This website uses Google Analytics to collect anonymous information such as the number of visitors to the site, and the most popular pages.

Please enable Strictly Necessary Cookies first so that we can save your preferences!

Please enable Strictly Necessary Cookies first so that we can save your preferences!